Can You Identify These People?

Suggest This Page To A Friend!
This Page Optimized for Viewing in 800x600 Screen Size

Because of my inability to keep up to posting on this page, I have set up a Facebook Group called "Prince Edward Island Family Photos", where you can post your own unknown photos without my intervention. I had to arbitrarily joing a few people to it during the set-up process, but If you weren't one of these, you can join the group at: PEI Family Photos! - Please feel free to join and post your own Mystery Photos! 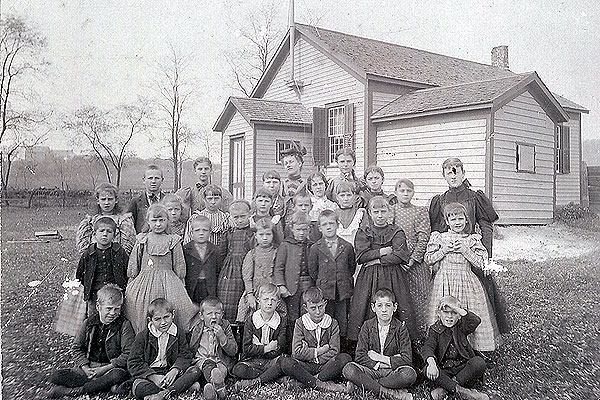 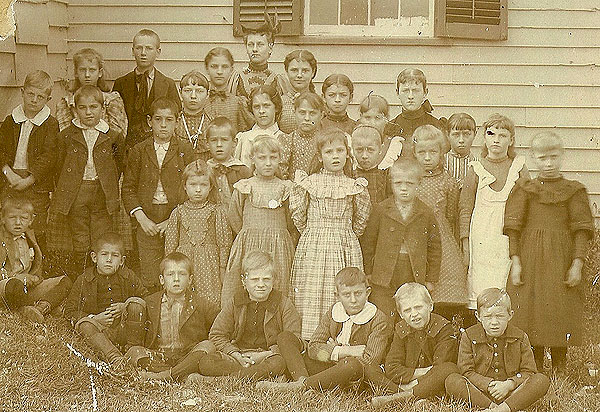 These are photos from Whitty farmhouse on Souris Line Road. Pat wonders if
anyone knows more about the school pictured and the people in

This photo of Brookfield school pupils was taken 1898; teacher on left
is Herbert Austin Ling born at New Glasgow in 1876 who moved to Boston
area the next year and lived the rest of his life there. 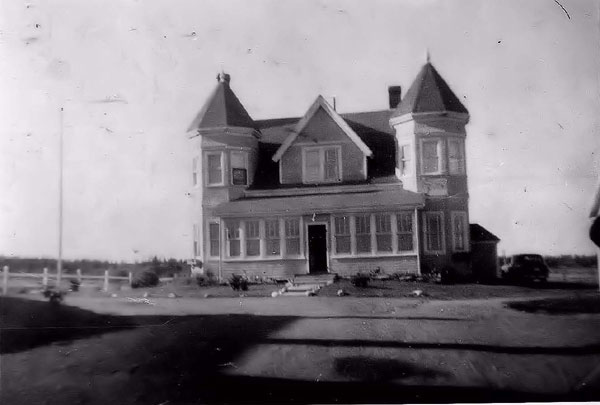 Gary is wondering if anyone recognizes the loacation of this photo, take by his father around 1970.

"Hi Dave,I recognized a picture of a house that Gary Carroll posted. It is
the All Saint's Parish house in Cardigan, he said it was taken about 1970.
Rev. David McTague would have been the parish priest at that time. Nora
Macdonald" 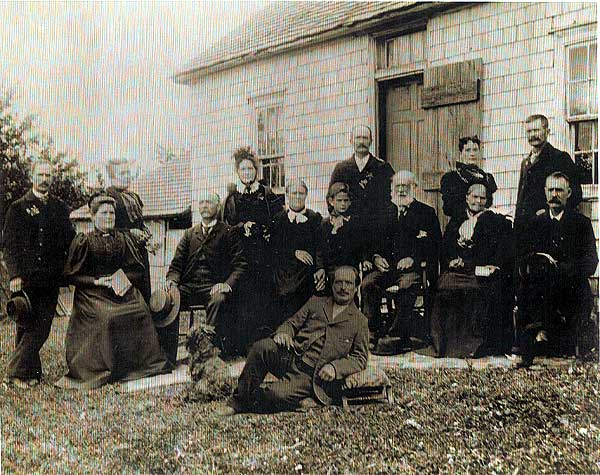 Gary says, "Here is a family photo of the children and 1 grandchild of David Moore and Sarah Bolt. It was taken outside their house at Milton in 1898. I am not certain who is who but the man reclining in the foreground Richard Alfred Moore was added later as he was not present the day the photo was taken." 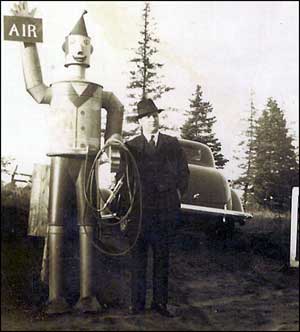 Gary says, "I was asked to help identify it by a woman I met at PARO. She said her grandfather Herbert Haley King 1896-1958 made this figure but she would like to know where it was located." 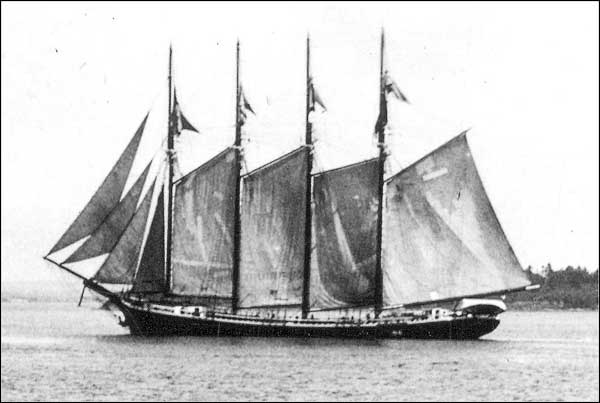 Ron asks: "Can anyone identify the type and perhaps it's name?" 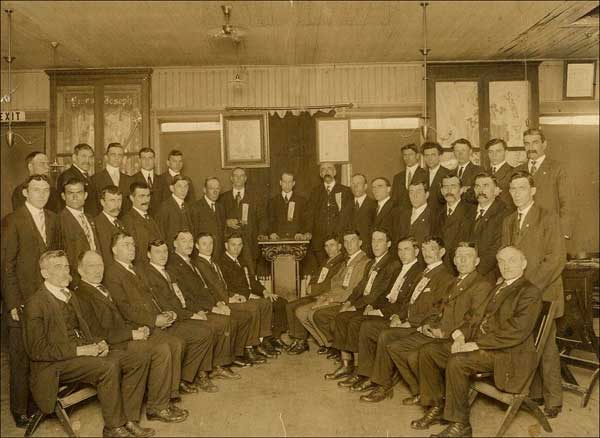 Some time ago a gentleman by the name of Dick Costello sent me a message with a picture and asked if I knew where and when it might have been taken. I didn't know and still don't know but I took the picture and enlarged the windows of the hall and on each of the windows was writing. One has "....des Societe" and the other has "...Sante Joseph" 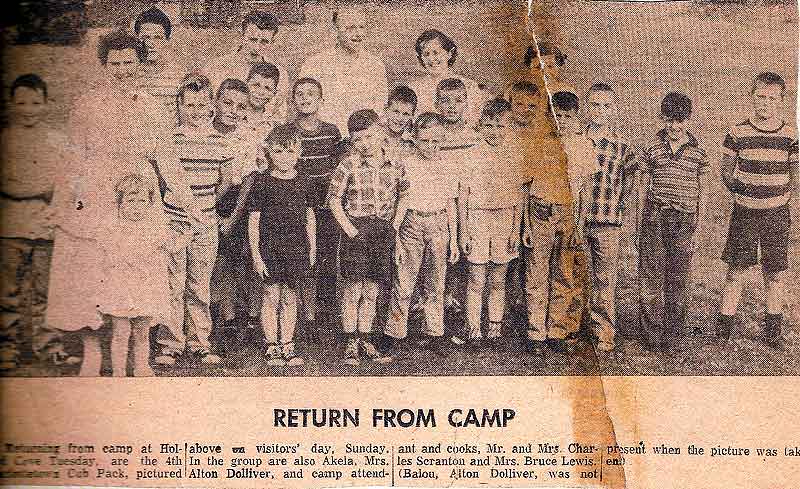 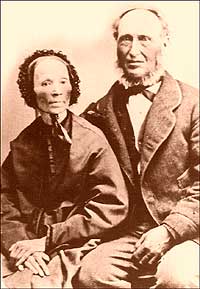 These are MacPhee/McPhee family photos. They are possibly sons or grandsons of Donald MacPhee and Isabella MacIntosh of Lot 31 and John MacPhee and Flora MacIntosh of Lot 67. Photos 1 and 2 taken at S. B. Brown studio in Providence Rhode Island. Several children of Donald and Isabella lived in Rhode Island circa 1890-1930 - James, Jane (MacDuff) and Katie (MacDonald) . Photo 3 was taken at the St. Clair studio in Portsmouth, New Hampshire. John Malcolm MacPhee (son of John and Flora) lived in Portsmouth circa 1900-1920's.

A group of Islanders working in California in the 1870s. From left to right: 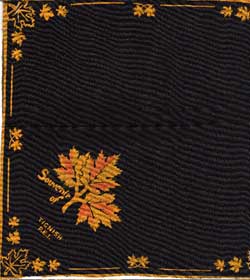 " I've been wondering about this souvenir from Tignish that I got when my aunt died. I'm curious if anyone could tell me when it was made. It's 9 in. square and I think it's printed on crepe." 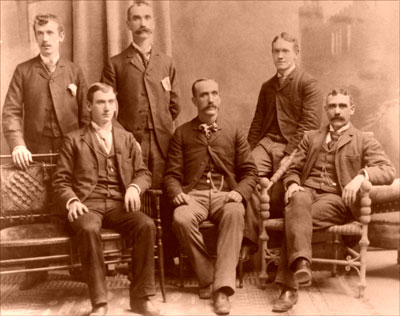 The following photos submitted by Lois Shumaker - loshumaker [at] comcast [dot] net - These are old photos of Charlottetown people -- cabinet photos taken in Charlottetown as well as some tintypes. I'm pretty sure most of them are Murrays, but I don't have real identities, so am wondering if others who frequent the Register might recognize them.

The following photos submitted by Marguerite E Brewer - eileen1229 [at] yahoo [dot] com - This is a photo sent to me as the Harrington family in Oakland, California.  Hopefully someone up there will recognize the people in it and be able to identify them. 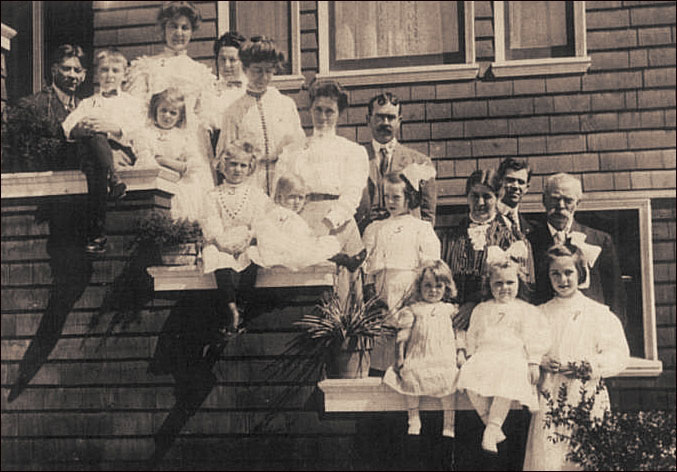 These are a large number of PEI photos of interest to the families of Samuel Edward Dawson, His wife Mary Nelder Boyle and their relatives.. These were sent to June by a cousin out west. Normally I don't post so many photos at a time, but this should be a very interesting series for anyone from Summerside or Albany, so I have made an exception.

If someone wishes to claim them, Janice will be happy to send them along. 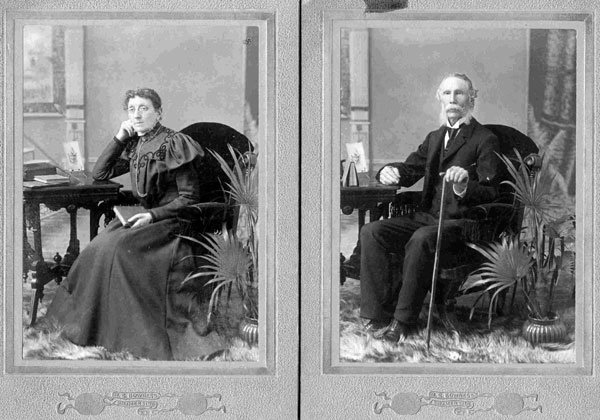 "These photos are not mysterious but many descendants might be interested in seeing them so maybe you could post them for a week or 2. The single lady is Elizabeth (Moore) Robinson 1800-1878 of the Robinson Island Robinsons who has many many descendants on PEI. The other is of her sister Hannah (Moore) Dolman 1784-1864 and her daughter Jane. Hannah did not come to PEI with the rest of the family in 1807 but was willed a farm on the Loyalist Road by her father David Moore 1746-1828. It was always called Dolman's Farm "

"These are family photos from PEI and I recognize none of these faces. Please help! They were all taken in the Souris area presumeably." 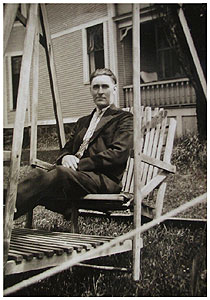 "Dave, here are three photos of PEI which I scanned and would like to have added to the Query or Can You Help To Identify sections. These are taken from the personal collection of my fiance Wilfred Arthur Killam, of Moncton, NB, as he and I are both working on our family histories and trying to tie up loose ends" 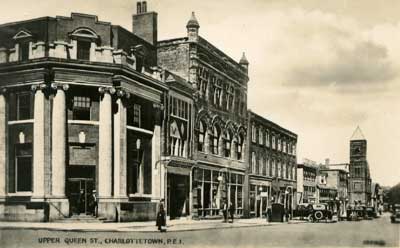